The hyena will scavenge and hunt when given the opportunity. They are accomplished hunters and they get up to 75 per cent of their food from their own kills. 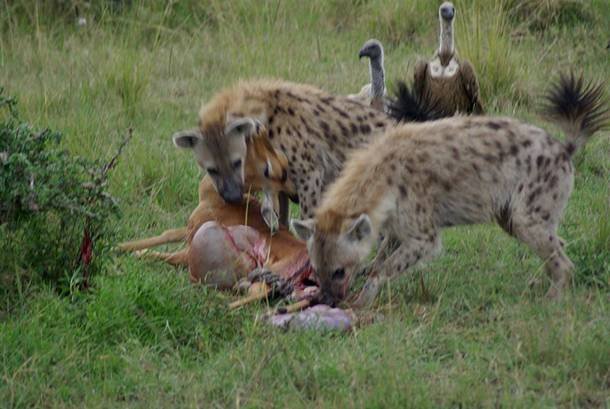 They are also renowned and highly effective scavengers. Carrion   is detected by smell from as far as 4 kilometer downwind. They find carcasses by scent and by the noises made by other predators. They also keep a look out for vultures. It is sometimes easier to let something else do the hard work of hunting the prey and dine on leftovers!

If they are harassed at a kill by superior numbers of other predators they may cut their losses by tearing a piece off the carcass and running away with it.

How do they get along with lions.

On a one-to-one basis hyenas can displace any predator except a lion from a kill. Lionesses and cubs will give way if they are outnumbered four to one.

Usually lions cannot be displaced from a carcass by a hyena if an adult male is present. However if they are heavily outnumbered, even lions give away their food to them.

What hunting techniques do hyenas use?

These African animals are less skilled at stalking than cats and instead rely on their speed and stamina to run down their prey.

They can sprint at 60 km/h and keep up a speed of 40 to 50 km/h over 5 km. They kill their prey by biting chunks out of it and targeting major blood vessels as it runs.

The victim dies from shock and loss of blood as it is torn apart and pulled down. Most healthy, adult antelope can escape from a single hyena but working together as a team dramatically increases their hunting success.

If two of them hunt wildebeest calves they are five times as successful as one operating alone. One of the team will distract the mother while the other grabs the calf. Single hyenas will typically hunt springbok. A group of three can target wildebeest and if they operate in groups of four they can tackle eland and gemsbok.

Where clans are large and there is competition from other predators, they gorge themselves as fast as possible.

One of them can eat 15 kg of meat at a sitting. They are very noisy when they feed and often chase each other around at meals. They do not however fight over food like lions do.

What type of prey do they prefer?

They usually go for large and medium-sized antelope and select young or weakened targets. They have been known to tackle anything from mice to baby elephants. They are said to be the predators most likely to attack humans sleeping outside in the open.

The staple diet consists of blue wildebeest, gemsbok, zebra and impala. Food is sometimes stored in caches, a favorite site for which is shallow water where jackals and vultures are unable to get at them.

Are these animals very territorial?

Most pasting near the den is done by males and young, low-ranking females. Females are the clan warriors and tend to take the initiative in these clashes against rival groups.

Groups will patrol territory boundaries and scent-mark systematically. Encounters between different clans may result in violent battles. The battles usually involve all members of the two clans, in which the losers are savaged and killed.

What is the dominance hierarchy in a clan?

Unusually among mammals, females are larger than males and dominate them. Cubs dominate males and once they have been admitted to the clan, immigrant males also outrank resident males. Dominant animals are usually bigger than subordinates. Cubs inherit the rank of the mother. Only the highest-ranking immigrant male actually mates.

The privileges of being high-ranking females are priority access to food and to resting sites near the den entrance. They also rear more cubs than low rankers. Their most distinctive call is a long rising whoop rising in pitch towards the end. The calls are very loud and can carry for more than 5 km. These are long-range signals to inform clan members of each other’s locations. Fast whoops are used to attract members to carcasses and to recruit them for confrontations against lions.

What social organization do these animals have?

These are social creatures and they live in clans of up to 80 animals. The stable core of a clan consists of a dominant female and successive generations of her daughters and their offspring.

Clans also contain resident males and immigrant males. The immigrants will only be accepted to membership after weeks of cautious approaches and subordination during which they bear the brunt of the clan aggression.

Female cubs inherit their mother’s rank and will fight furiously for this rank. It is common behavior in a pair of twins for one to kill her sister.

The cubs are born in litters of one to four in dens that may be converted aardvark holes or caves.

They are born with eyes wide open and teeth well developed. Cubs are suckled until they are old enough to go along on foraging trips at about 14 months. The cubs live on milk alone for six to nine month. After this they begin to visit kills and take solid food. They are weaned at 10 to 14 months.

Hermaphrodites are animals that are both male and female.

The females have assumed some male attributes, which lead to some confusion in differentiating the sexes. The most puzzling feature is that females as well males, seem to have male genitals. A female spotted hyena has an erectile pseudo penis and false scrotum filled with fat, which is as large as a male penis.

Females average about 10 kilogram more in weight than their male counterparts. They have high levels of male hormones known as androgens, which might explain their dominating aggressiveness and large size.

They display a complex greeting ceremony, which clan members use to reinforce social bonds. They recognize each other by sight and stand head to tail alongside each other while carefully inspecting the erect genitals of the partner.

Why do they get referred to as laughing hyenas?

Their most distinctive call is a long rising whoop rising in pitch towards the end. These are long-range signals to inform clan members of each other’s locations.

They have quite a rich repertoire of vocal signals. Cubs whine when they beg for food or milk. When chased off a kill they giggle. If surprised or frightened they will give a series of short, quiet grunts.

Grunts and growls signal an imminent attack. Fast whoops are used to attract members to carcasses and to recruit them for confrontations against lions.

The more we know about hyenas the better we will understand the very important role that they play in the ecosystems in which they live. 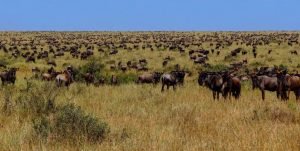 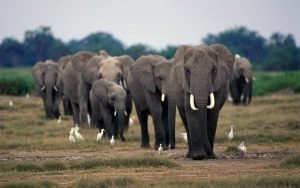 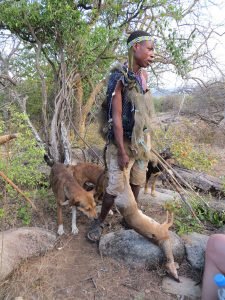 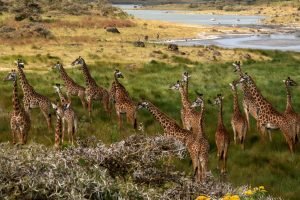 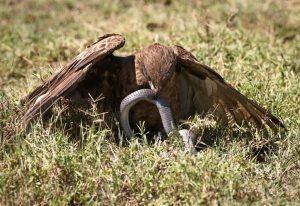 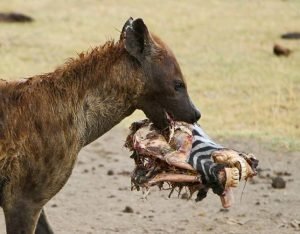 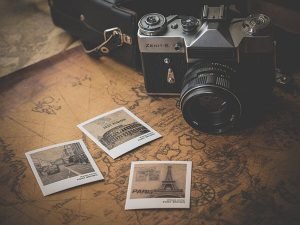